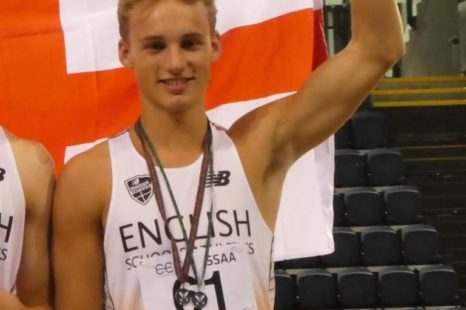 All ready ranked as English No1 octathlete for 2017 promising 16 yr old Multi eventor Jack Turner became the English Schools U17 2017 Octathlon champion with Gold in Boston. He went on to represent England at the international in Glasgow this November at an indoor pentathlon where despite losing  most of his top events from an indoor competition ( high jump , javelin & discus) he managed 4 Pb’s out of 5 and won Silver. Pipped by only 23 points out of 3600 to Gold by the Scottish athlete.