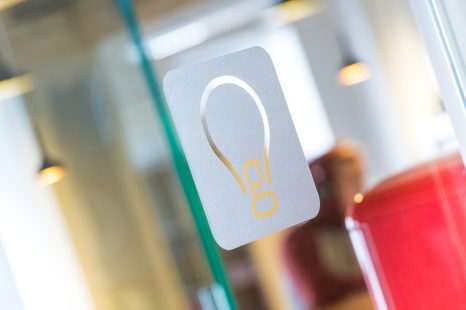 The Generator is Exeter’s first and biggest co-working space offering flexible and affordable office spaces in open plan environments and now The Generator has expanded into a second location in the city after teaming up with developers Yelverton Properties.

Acting for Yelverton Properties Turner Locker Barnfield acquired one of Exeter’s iconic office investment buildings, Kings Wharf. Sat on the banks of the River Exe Kings Wharf with its distinctive glazed atrium is a wonderful combination of period charm and modern offices with ground floor retail and cafe units. Totalling some 26,000 sq. ft. the two former woollen warehouses were converted in circa 1990 to their current use. The formerly found fame as the backdrop to the hit 70’s television series the Onedin Line ad latter housed a fine Maritime Museum and at one point a craft centre

King’s Wharf makes a fantastic venue for the new co-working hub, where desk space can be rented by the day, week or month and aimed at individuals as well as small teams as Aquamarine Media have recently shown.

The Generator was opened in Dix’s Field three years providing a modern alternative to both conventional serviced offices or the isolation of working from home.